Things have been going well on the AI front. I'm still hoping to have a strong enough foundation in a few weeks to be able to put my source code up on GitHub. It'll still be very early in the process, but I think I should have more than just a skeleton before I allow others to see the code.

I've been looking at various middleware SDKs, namely RakNet, NVidia PhysX, and AngelScript, just to get a feel of what makes a good SDK. I've decided for now to go the RakNet and AngelScript route and have all of my samples be console applications and not graphics applications. I still will make a 2D version of the sample, but it won't be an official part of the Root AI SDK.

Here's a screenshot of the console based example game. The AI system isn't being used yet so the AI bot just uses simple code to move left. Soon it will still just move left, but it'll be the AI engine telling it to do so. 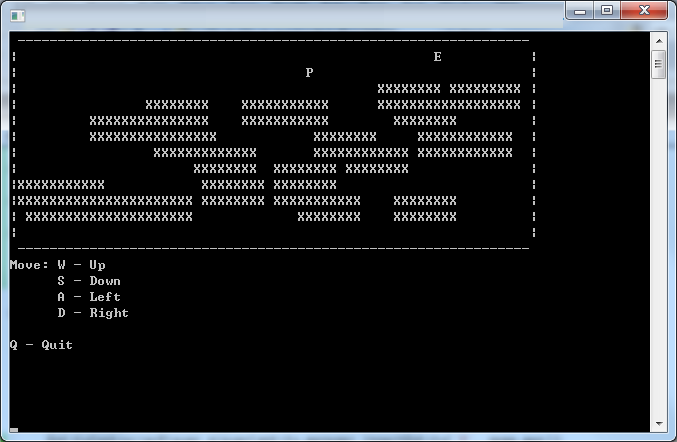